The World Premiere of “Sukkah City,” a documentary about the architectural design competition I co-created in Union Square Park, NYC, will take place on July 9th and 10th at the 2013 Jerusalem Film Festival. Here is the trailer.

When best-selling author Joshua Foer (Moonwalking With Einstein) began to build his first sukkah, a small hut that Jews build and dwell in every fall for the holiday of Sukkot, he wanted to move beyond the generic plywood boxes and canvas tents that have become the unimaginative status quo. He discovered that while the bible outlines the basic parameters for what a sukkah should look like and how it should function, it leaves plenty of room for variation and interpretation. Foer thought, what if contemporary architects and designers were challenged to design and construct twelve radical sukkahs? What would they come up with? And so was born the design competition and exhibition known as “Sukkah City.”

In the vein of the Maysles’s films with Christo & Jean Claude, the film tracks the competition from jury day, as an all-star cast of architects, academics and critics (Thom Mayne, Paul Goldberger, Ron Arad) debate the merits of the 600 submissions; to the construction, installation and exhibition of the twelve winning structures in Union Square in the heart of New York City; and the critical and popular response of some of the 200,000 New Yorkers who attended the two-day exhibition.

The film explores the artistic process of architects, documents how an ancient building was reinvented for the 21st Century, and reveals how there is a good story behind all interesting architecture.

Dan Brown on Moonwalking with Einstein

Do you ever read self-help? Anything you recommend?

I don’t read self-help, although I recently found myself helped inadvertently by reading “Moonwalking With Einstein,” which centers on the science of remembering. I picked up the book because I’ve always been interested in why some people have great memories and others (like myself) do not. Strangely, I discovered that simply reading about the methods used by memory champions helped me improve my own memory. Now at least I can remember where I left my glasses.

In this week’s episode of the TED Radio Hour, Scott Fraser, Daniel Kahneman, and I talk about human memory.

I’m honored to have received two pieces of good news this month. I was awarded a 2013 fellowship from the Guggenheim Foundation, and was named a finalist for the Livingston Award for national reporting, for my New Yorker piece “Utopian for Beginners.” 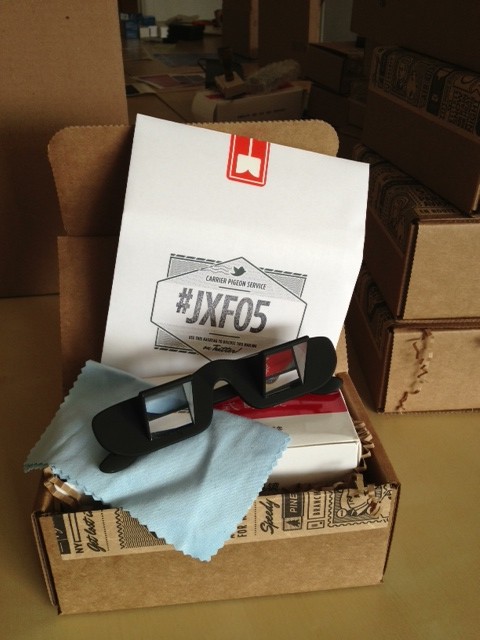 Subscribers to my Quarterly.co mailings should have received their latest package this week, a pair of “lying-down spectacles.” From my letter to subscribers:

The enclosed prism spectacles allow you to maintain your neck at a comfortable angle, while directing your eyes downward to the book in your hands. Sure, these glasses may be an outsized solution to one of life’s very minor annoyances, but that’s why I’ve grown so fond of them. We should embrace ridiculous solutions to life’s problems, if only because they make life less ordinary. At the very least, I think you will find that you will now be able to fall asleep while reading twice as fast.