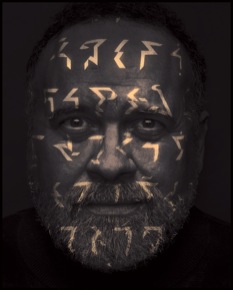 I’ve been following John Quijada, inventor of an artificial language called Ithkuil, for five and a half years. This week, my story on him ran in the New Yorker:

Ithkuil has two seemingly incompatible ambitions: to be maximally precise but also maximally concise, capable of capturing nearly every thought that a human being could have while doing so in as few sounds as possible. Ideas that could be expressed only as a clunky circumlocution in English can be collapsed into a single word in Ithkuil. A sentence like “On the contrary, I think it may turn out that this rugged mountain range trails off at some point” becomes simply “Tram-mļöi hhâsmařpţuktôx.”

UPDATE: Here is a discussion the piece on the New Yorker’s “Out Loud” podcast.